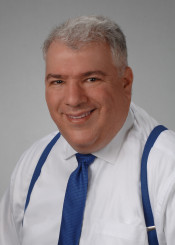 Charles has successfully tried cases in the California, Connecticut, Florida, Virginia, and Illinois courts. He has a broad range of litigation experience that includes antitrust, securities, real estate, insurance coverage, consumer fraud, shareholder derivative claims, business valuation and partnership disputes, bankruptcy, and financial fraud. While an accomplished trial lawyer, Charlie has also obtained many victories by maneuvering the other side into settlements that achieve his client’s goals and minimize their costs.

Charlie is also an expert on the accessibility requirements for public accommodations arising under the Americans with Disabilities Act and various state accessibility laws. He has taken an active role in combating “drive-by” litigation under the disabilities laws by vigorously defending meritless claims and either prevailing at trial or forcing settlement.

Some of Charles' recent representations include: