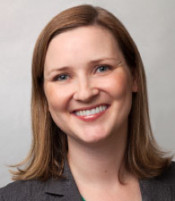 Heather has more than 10 years’ experience representing clients in wide-ranging complex litigation matters, including claims brought under title III of the Americans with Disabilities Act, employment disputes, wage and hour claims, securities fraud and shareholder derivative suits, consumer fraud class actions, trusts and estates disputes, fraud claims, and breach of contract actions. Heather also extensive experience in providing advice and counsel to clients on the efficient resolution of disputes and considers some of her greatest successes to be those matters resolved through negotiation and not litigation.

Some of Heather’s recent accomplishments include:

ADMITTED TO PRACTICE IN THE FOLLOWING JURISDICTIONS: